Background: Solar Warden is a secret space program run by the U.S. Navy. It is responsible for monitoring all incoming and outgoing traffic in the solar system. It patrols and defends our solar system. It will also travel to other star systems for offensive missions. Around the late-90’s, Solar Warden changed its name to Radiant Guardian. Radiant Guardian is divided into two fleets: a military offensive/defensive fleet and a scientific/R&D fleet.

Remember... This is all speculation.

This is how it allegedly works:

Outside of our solar system the ships are instructed to stop within a certain quadrant before sending an Identification Friend or Foe. They then receive a flight path from an air traffic controller.

The solar system is broken down into grids which are further broken down into patrol zones. These are zones where no craft should be present. Trespassers are warded off or engaged, depending on the circumstances. The carriers deploy multiple air wings at once to each patrol a zone. Afterward, they return to the carrier to patrol a new grid.

The Solar Warden fleet is made up of over eight battle groups. The fleet is made of carriers, fighters, triangular shuttles, research vessels, troop transport ships, hospital ships, and supply ships. The carriers can be as long as two kilometers. The small carriers are modular and can function as research vessels, troop transport ships, or hospital ships

The carriers were designed to carry a large compliment of crew for extended periods of time and travel to other star systems, although Solar Warden was mostly kept to just inside our solar system and the local star cluster on rare occasions.

The stealth-ship-like vessels operate in near space.

They have some stations located throughout the solar system where vessels dock for repairs, conferences, personnel transfers, etc. There have some other bases on moons and on Venus, on its surface and in its upper atmosphere. There are also some bases in nearby star systems

The officers are drawn from Naval Space Command. While the brass are career military, the rank and file are MILABs. They recruit mostly American as well as some Canadian, British, and Australian personnel. They also have mostly German and some Chinese eggheads.

For propulsion, the cigar-shaped vehicles use a temporal drive based on “principles of quantum entanglement between certain isotopes.” They are propelled by left/right torsion drives. The bubble created by the R-twist is slightly larger than that of the L-twist. This propels the craft forward in the direction of the R-twist.

To keep our Solar System peaceful and free from misuse by any Earth country trying to conduct war-like, illegal or environmentally-harmful activities in space.

Solar Warden does not replace the responsibility of Earth governments to conduct their own law enforcement and policing on the ground or in the air space over their countries. 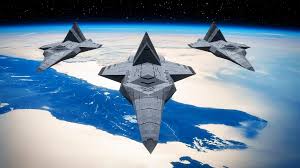 When Gary McKinnon hacked into U.S. Space Command computers several years ago and learned of the existence of “non-terrestrial officers” and “fleet-to-fleet transfers” and a secret program called “Solar Warden”, he was charged by the Bush Justice Department with having committed “the biggest military computer hack of all time”, and stood to face prison time of up to 70 years after extradition from UK. But trying earnest McKinnon in open court would involve his testifying to the above classified facts, and his attorney would be able to subpoena government officers to testify under oath about the Navy’s Space Fleet. To date the UK has refused to extradite McKinnon

McKinnon also found out about the ships or craft within Solar Warden. It is said that there are about eight cigar-shaped Motherships (each longer than two football fields end-to-end) and 43 small “scout ships. The Solar Warden Space Fleet operates under the US Naval Network and Space Operations Command (NNSOC) [formerly Naval Space Command]. There are approximately 300 personnel involved at that facility, with the figure rising.

Solar Warden is said to be made up from U.S. aerospace Black Projects contractors, but with some contributions of parts and systems by Canada, United Kingdom, Italy, Austria, Russia, and Australia. It is also said that the program is tested and operated from secret military bases such as Area 51 in Nevada, USA. Solar Warden”

There were, as of 2005, eight ships, an equivalent to aircraft carriers and forty-three ‘protectors,’ which are space planes. One was lost recently to an accident in Mars’ orbit while it was attempting to re-supply the multinational colony within Mars. This base was established in 1964 by American and Soviet teamwork. Not everything is, as it seems.”

“We have visited all the planets in our solar system, at a distance of course, except Mercury. We have landed on Pluto and a few moons. These ships contain personnel from many countries and have sworn an oath to the World Government. The technology came from back engineering alien-disc wreckage and at times with alien assistance.”

“It was fascinating. Space truly is the last frontier and some of the developments there in astronomy etc. are like science fiction, except they are real. I learned that our shuttle capacity is such that we could orbit 300 people.”

The grounded Space Shuttle held a maximum of eight people and only five were built for space flight. Even if all five took off fully loaded it would be impossible to place and maintain 300 astronauts in orbit. Apparently President Reagan revealed the existence of a highly classified space program that could accommodate hundreds of astronauts in orbit?

Apparently hidden within one of the ten unified combatant commands of the U.S. military, Strategic Command is a highly classified fleet of aircraft carrier sized antigravity vehicles that operate in outer space. As this space fleet grows President Trump has recommended it become a new military component.

The United States has organized its military forces into ten unified combatant commands respectively led by a single four star General or Admiral who reports directly to the Secretary of Defense. Only these commanders know of the existence of UFOs and appoint who has a need to know. Six of the unified commands span the globe in terms of different geographical areas. In addition, there are four functional commands where specialized military activities are run by a single “Combatant Commander.” From 1985 to 2002 Space Command was responsible for outer space operations by the U.S. military. In June 2002, Space Command merged with another of the functional commands –Strategic Command, Offutt Air Force Base, Neb. which is responsible for a range of space, satellite, missile, nuclear and intelligence activities.

Rumors that the U.S. has a highly classified fleet of antigravity vehicles have circulated for years. On March 23, 1993, at an engineering conference in Los Angeles, Dr. Ben Rich, CEO of Lockheed’s Skunkworks, showed a slide with a black disk headed for space and said: “We now have the technology to take ET home“.

"At our meeting in Geneva, the U.S. President said that if the earth faced an invasion by extraterrestrials, the United States and the Soviet Union would join forces to repel such an invasion. I shall not dispute the hypothesis, although I think it’s early yet to worry about such an intrusion."

Also in May 1990, after Reagan had left office, Gorbachev said: “The phenomenon of UFOs does exist and it must be treated seriously.”

The Solar Warden Spacecraft indicates the US and the Soviet Union did join forces against and outside alien threat.

Corporate and military whistle blowers have come forward to claim firsthand knowledge of classified space vehicles using antigravity technology such as the Aurora and TR-3B. In his book, “The Hunt for Zero Point,” Jane’s Defense Weekly analyst Nick Cook writes about the Aurora: “there has been speculation since the late 1980s about the existence of a secret replacement for the Blackbird, a mythical plane called the Aurora that supposedly flew twice as fast and on the edges of space” (p. 14). Other whistle blowers such as Edgar Fouche, a former contractor with the Department of Defense, have come forward to claim that the Blackbird’s [or SR-71] replacement, the Aurora actually comprises two types of hypersonic aircraft used for space flight. He said: “The Aurora comprises the SR-75 capable of speeds above Mach 5, and acts as a mother ship for the SR-74 that can travel at speeds of Mach 18 or more into space to deliver satellites.”

More significant is the large triangular vehicle, the TR-3B that Fouche claims generates an intense magnetic field that reduces its weight by 89 percent. He says that the TR-3B uses the Biefeld-Brown effect (created by large electrostatic charges) to reduce its weight so that more conventional propulsion systems such as scramjets can give it amazing speeds. This would be well above Mach 18 that he claims is the speed of the SR-74. Fouche claims the TR-3B is 600 feet across which would make it similar in size to an aircraft carrier.

Ted Twietmeyer writes that a Space Command photograph had the following citation: … highlights the team for its exceptional support in keeping the space shuttle, International Space Station and its crews safe from the dangers of orbital debris, spacecraft collisions and other inherent hazards of orbit operations.

Neither USAF Space Command nor Strategic Command is publicly known to have any kind of space vehicle that would assist the Space Shuttle or International Space Station from orbital dangers.

Normally, both NASA vehicles would require gradual orbital corrections that would take much time and be insufficient to deal with an immediate threat. According to Ted Twietmeyer, the citation is circumstantial evidence for the existence of antigravity vehicles with advanced particle beam weapons that could remove orbital debris from the path of NASA vehicles. These triangles must be armed with particle beam or quantum weaponry, chemical lasers or electrically excited reactor powered lasers and other weaponry. These weapons could also be used to destroy objects in the path of the space station or space shuttle. There were several eyewitness reports of hovering black triangles firing at targets in Iraq during the early days of the war.

There is a massive anti-gravity energy field surrounding these vehicles which interferes with all electronic devices, making it unlikely anyone could ever get images of them. War has historically been the best proving ground for all new weapons. In the UK, the press and media are forbidden under the UK Secrets Act from covering or reporting on sightings of black triangles. That act speaks volumes about whether or not black triangles exist. The TR-3 has been in service since the mid-1990, and NASA’s space program was nothing more than on-going entertainment to distract the public.

The idea that a secret space fleet exists that can intervene to assist the International Space Station is also supported by the testimony of a former NASA employee Clark McClelland.

On one occasion he claims to have witnessed delta winged antigravity vehicle nearby. The delta shaped vehicle may in fact have been part of a classified Space Fleet to U.S. Strategic Command.

Important clues may emerge from the recently released Reagan records about Strategic Command’s classified space fleet. More significantly, the public may soon learn about the advanced antigravity technologies that have been secretly developed and used for decades to fly military astronauts into deep space.

The most famous alien comment by Reagan was on September 21, 1987, before the Unite Nations General Assembly: “In our obsession with antagonisms of the moment, we often forget how much unites all the members of humanity. Perhaps we need some outside, universal threat to make us recognize this common bond. I occasionally think how quickly our differences worldwide would vanish if we were facing an alien threat from outside of this world. And yet I ask – is not an alien force already among us? “ 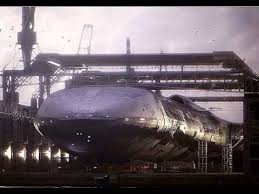 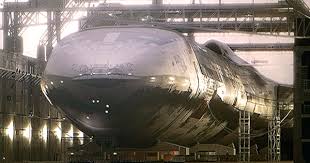